Our PerformanceWorks Summer School, for young people with physical, sensory, and/or cognitive disabilities, took place from Monday 25 to Friday 29 July 2022.

This year, we welcomed members of our Solar Youth Theatre, as well as other young people from outside of our Youth Theatre group.

Over the course of this week, the young people have worked alongside a drama specialist to expand their acting and devising skills. They have also continued building on their puppetry skills and they have explored the principles of object manipulation and puppet-making. They have used old newspapers as a stimulus to devise the story and used them to create the movement, props and puppets in the show.

We brought the week to a close with a sharing performance in front of family, friends and staff members, which was a magical spectacle of ensemble movement, puppetry and even comedy! It was a wonderful culmination of  their creativity and imagination.

The Dream Orb has been stolen! And without it the villagers of Dreamdom can’t sleep anymore. So they decide to send a letter to our world asking for help. Will anybody find it?

We also said goodbye to Dami and Tahera who have been wonderful and valued members of Solar.

We are very grateful to Merchant Taylors’ Charity who have supported this Summer School.

Hover over the image below to view the gallery’s navigation. 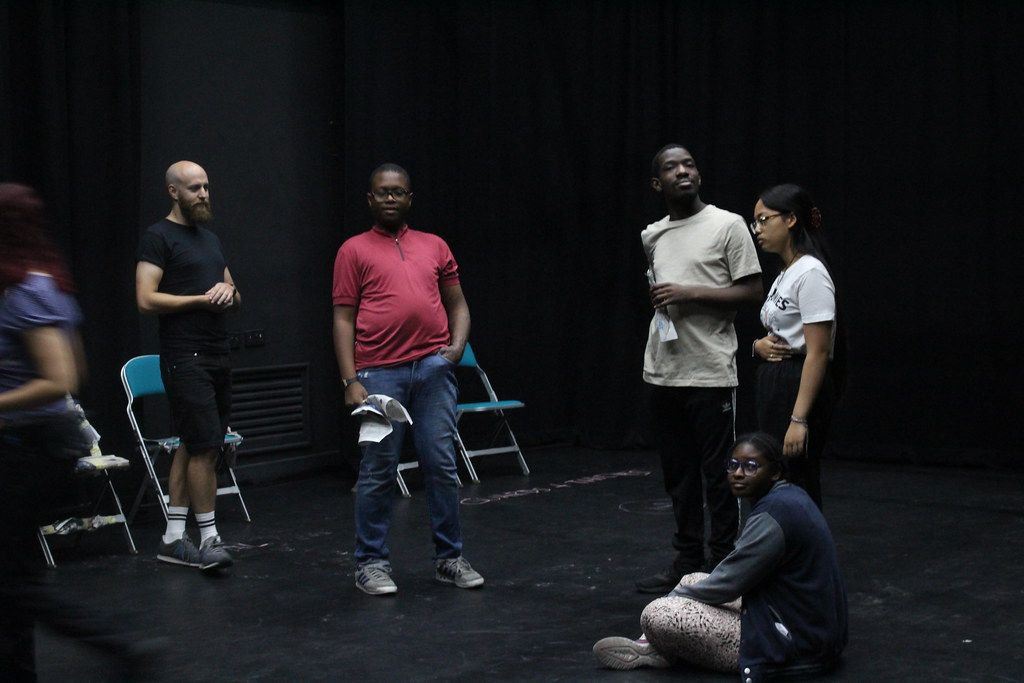 Breaking down barriers at Half Moon

Back to All Posts

Don't miss out on the latest shows, news and events updates from Half Moon - sign up to our newsletter.

Help us to deliver our vital programme of work and enable us to help young people achieve their potential through the power of the arts.